Angeline Korir is a dedicated champion for good nutrition − and the people of Nandi County, Kenya have benefitted from her efforts. 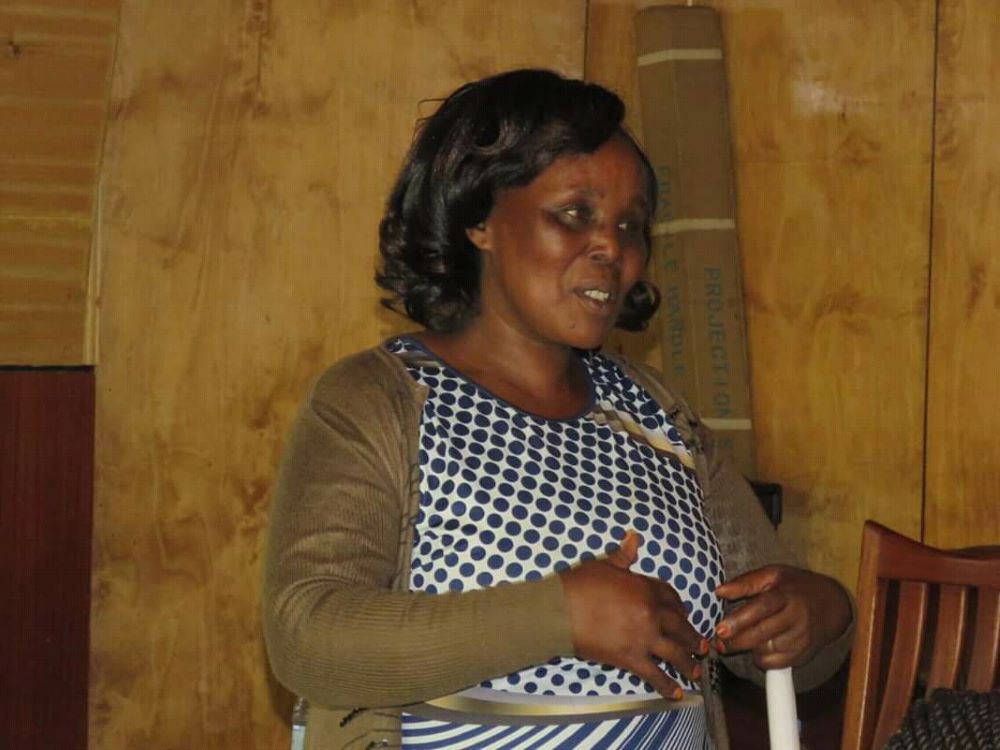 Nandi County, KENYA – Angeline Korir is a dedicated champion for good nutrition − and the people of Nandi County, Kenya have benefitted from her efforts. As a result of her advocacy work the county has improved training for health care workers, implemented better working conditions for breastfeeding mothers, and increased resources to combat malnutrition.

For more than 30 years, Angeline has been committed to finding solutions to address malnutrition in Nandi. She began her career as a community nutrition technician before pursuing her diploma and degree studies in nutrition and dietetics. In her current role as the county nutrition coordinator, Angeline played an important role in convincing county leaders to include a budget line for nutrition.

In 2011, responsibility for public health was transferred from the national government to each of the country’s 47 counties. Following the devolution, Nandi County relied heavily on development partners to support nutrition programs, while not allocating funds. Angeline helped to lead the charge to create a county budget line for nutrition.

Nutrition International organized a budget advocacy meeting in 2018, inviting key decision makers, including the County Executive Committee, County Assembly and officers with the departments of finance, and health and sanitation. Angeline worked with various stakeholders to design advocacy messages to influence the county leadership.

At the meeting, she provided policy makers with the county’s malnutrition rates, including a stunting rate of nearly 30%, and highlighted the link between malnutrition and poor health in the community. She emphasized that improving nutrition in Nandi would free up resources spent on treatment that could then be directed to other development activities.

An unrelenting nutrition advocate, Angeline has continued her advocacy work through the Korgei Arise group. Korgei Arise is a women’s group that was established to improve the nutritional status of the community by bridging the knowledge gap around nutrition, particularly for adolescent girls, and pregnant and lactating women. The group trains trainers-of-trainers on the importance of antenantal care visits, dietary diversity and exclusive breastfeeding who then take this knowledge into the community. Angeline is a member of the group herself and helps to build members’ technical skills and capacity.

“We have reached over 1,500 women from the ward level, working together with other line ministries,” says Angeline. “We formed Technical Working Groups which cut across line ministries and universities.”

Her efforts have resulted in better accommodations for breastfeeding mothers in the workplace and the establishment of support groups for mothers, diabetics and those suffering from malnutrition. She also works as a national trainer in maternal, infant and young child nutrition. She has helped to develop training materials for the first 1,000 days, the Baby Friendly Community Initiative and others. Through her relentless dedication, Angeline has made nutrition a priority for county leaders and its citizens.