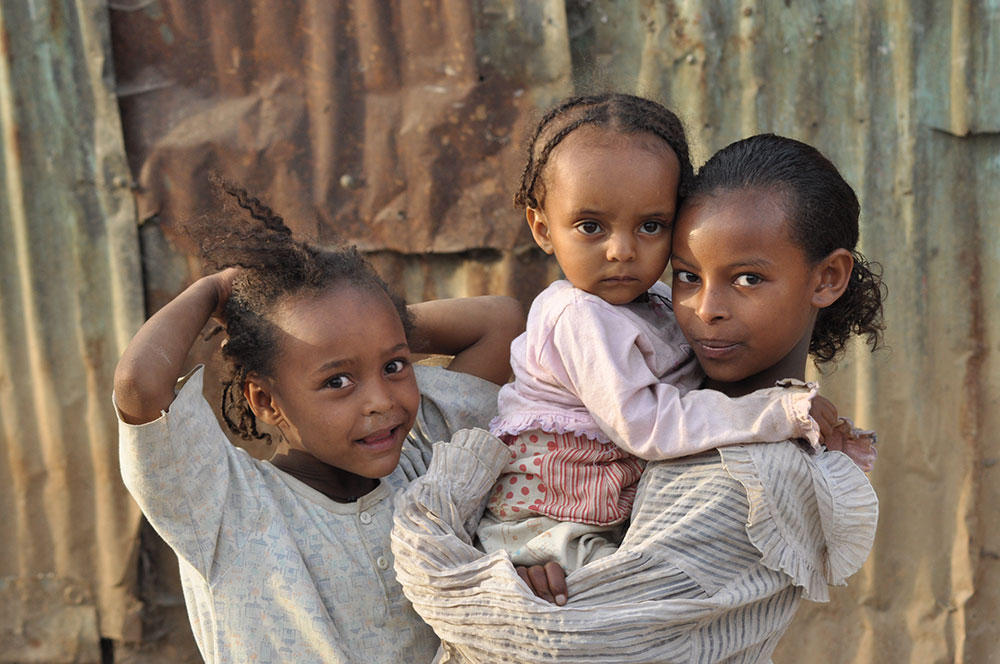 It is a tremendous honour to be here today, to stand alongside the Government and the people of Ethiopia – in support of a bold and historic new commitment to end malnutrition among Ethiopian children in a single generation.

The launch of the Seqota declaration today, as well as the release of Ethiopia’s new National Nutrition Program – what is in fact a roadmap for achieving the target of zero childhood undernutrition by 2030 – makes Ethiopia a leader among nations.

By setting this bold target, Ethiopia is further demonstrating its long-standing commitment to better health, improved economic status, and a brighter future for all Ethiopians.

The boldness of your ambition,  your commitment to accountability, and the thoroughness of your plan is a model for others to follow.

To pause on that plan for a moment. I’ve had a chance to review it – and I know MI’s team in Addis has contributed to its development.  What stands out beyond the thoroughness of the strategy and framework for action, was its multisectoral nature – and the long list of government ministries who have pledged to support the achievements laid out in the plan.

This is truly a multi-sectoral plan – owned by all.

For too long nutrition was called everyone’s problem, but nobody’s issue. That’s changing globally – with the emergence of the Scaling Up Nutrition Movement – and with countries like Ethiopia who have moved far beyond simply ‘talking about the promise of multisectorality’ to making good on that promise.

Today MI pledges to contribute up to $20 million through its work to support the Government of Ethiopia in achieving the objectives of the new National Nutriton Program – NNP2 – over the 2015-2020 period.

Ethiopia already knows what the world is learning – that good nutrition is critical to advancing and accelerating human AND economic development. It is not only the nutrition sector that has a vested interest in a well-nourished, productive population, it is all of us.

We all know that good nutrition is an absolute pre-requisite for human development because it impacts – and is impacted by – health, education, labour, agriculture, economic development and other areas.  You can’t learn properly and can’t work productively if you’re malnourished.

The fight against poverty cannot be won while generations are being born stunted, malnourished, and with their development potential impaired because they don’t have access to good nutrition. The Seqota Declaration – and the multisectoral plan that supports it – are inspirational in their recognition of this truth.

The Micronutrient Initiative will stand with the Government of Ethiopia in making good on the National Nutrition Programme – and supporting you in ensuring that the bold ambition of the Seqota Declaration is achieved.

Micronutrient Initiative has had a footprint in Ethiopia since 1997, supporting child survival programs through provision of vitamin A supplements, and an even broader presence, focus, and mandate since the establishment of an MI country office in 2005. Today that country office has expanded to close to 20 dedicated staff – each of whom is committed to supporting the Government of Ethiopia in its bold objectives.

Over the past three years alone , with support from the Government of Canada and other donors, MI has invested tens of millions of dollars in the health of Ethiopia’s children. Today MI pledges to contribute up to $20 Million through its work to support the Government of Ethiopia in achieving the objectives of the NNP2, over the 2015-2020 period. MI will also endeavour to mobilize additional and new resources to augment that support.  To follow up on this pledge, MI will work with the Federal Ministry of Health to develop a Memorandum of Understanding and Country Cooperation Agreement.

There is a saying in Amharic that I keep coming back to – because it seems so fitting for a conference of this magnitude and an event of this significance:

It means – “if we all put our nets together we can even catch a lion.”

We are here today to catch a lion – and in this case the lion is the promise that within a generation, we will end malnutrition so that every child in Ethiopia has the opportunity to survive, thrive, excel – and meet their full potential.

Our sincere congratulations to the government and people of Ethiopia today.

This speech is only available in English.