Nourish the SDGs, the title of the 2017 Global Nutrition Report (GNR) is as much rallying cry as it is statement of fact. Twelve of the 17 SDGs have important nutrition indicators. Health, education, equity, equality and economic outcomes all rely on a well-nourished, well-developed and empowered population. 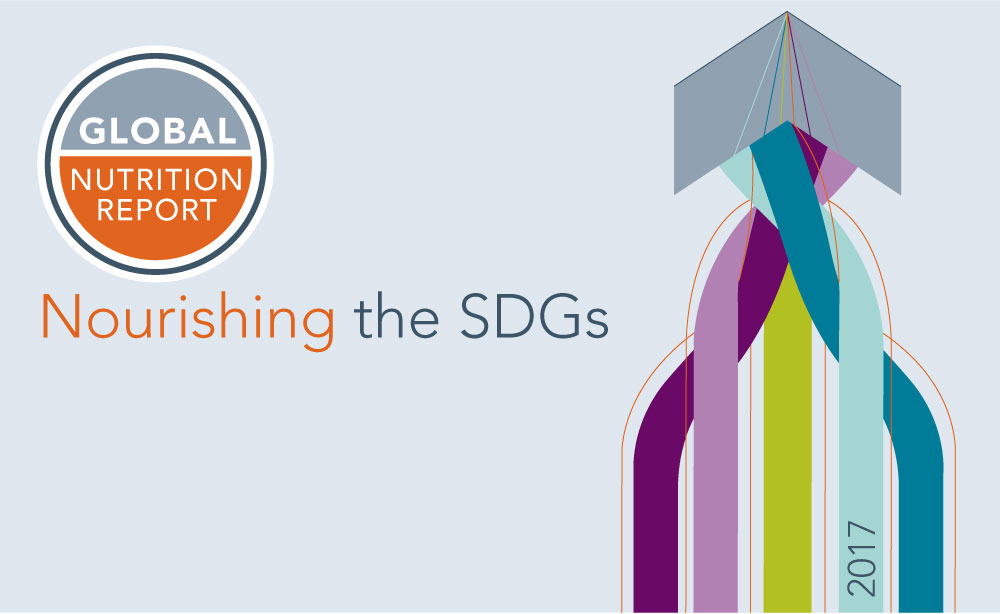 Nourish the SDGs, the title of the 2017 Global Nutrition Report (GNR) is as much rallying cry as it is statement of fact. Twelve of the 17 SDGs have important nutrition indicators. Health, education, equity, equality and economic outcomes all rely on a well-nourished, well-developed and empowered population.

This year’s report hits on five broad themes, highlighting that the vast majority of countries are waging a multi-front battle against malnutrition, and they aren’t winning; that nutrition is a powerful multiplier for achieving all the SDGs as that other SDGs are key to ending malnutrition; and that solutions will require integrated approaches to investing and a focus on data, data, data.

Despite the fact that nearly all countries (for which data is available) face a serious burden in two or three forms of malnutrition (including anaemia, stunting and obesity), and that the world is off-track in meeting its global nutrition targets, the GNR highlights areas of real opportunity for growth. By focusing on double-duty actions (which tackles more than one form of malnutrition) or triple-duty actions (which tackles malnutrition as well as other development challenges) we can move the needle across the board.

This means speaking to people we don’t usually speak to, according to Corinna Hawkes one of the contributors to the report. We must take a nutrition sensitive-lens and work with the private sector, as advocated by Kofi Annan, ex-UN Secretary General. We must look at women and girls as not just recipients of aid but agents of change, as put forward by Shawn Baker from the Gates Foundation. Finally, we must make more ambitious commitments, and keep them, as so rightly underlined by the head of RESULTS, and Nutrition International Board member, Joanne Carter.

As a direct answer to the call, we saw $640 million in new funding, with an additional $1.1 billion from NGOs and $1.17 billion from the World Bank. Though not nearly enough to win this battle it was heartening to see reinforcements, The Eleanor Crook Foundation, the Larsson-Rosenquist foundation, the Dangote Foundation and Tata Trust all stepped up to the plate in a big way.

On the Nutrition International front, the report confirmed the enormity of our task but also that we are on the right path. Nutrition International works with non-traditional partners – including the private sector – to integrate nutrition into non-nutrition platforms through our NLIFT business model. We shine a light on the importance of women and girls as agents of change through our Right Start program, and our She’ll Grow Into It Campaign.

By 2030, we aim to transform the lives of one billion vulnerable people, especially women, adolescent girls and children, by improving their nutritional status. It is an ambitious commitment, and one we intend to keep.