Investing in breastfeeding is vital to improving human capital

Breastfeeding is vital for children to reach their human capital potential since it affects all of its drivers: survival, health, and cognition. 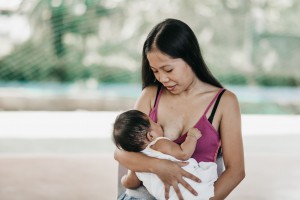 I recently published a study on the “Cost of Not Breastfeeding: Global results and a new tool” in collaboration with Alive & Thrive. This study estimated the health, human capital and economic costs of not breastfeeding for over 100 countries and concluded that not breastfeeding newborns and young children according to World Health Organization (WHO) and UNICEF recommendations costs nearly 700,000 lives and $341 billion globally per year in health system costs and lost productivity. That is almost US$1 billion lost per day.

Nutrition International’s new Investment Case (2018-2024) outlines plans for the scale-up of interventions to increase breastfeeding in our 10 core countries. Even while our organization has traditionally championed supplementation of iodine, vitamin A, iron, folic acid, etc., breastfeeding has always been an important part of our child survival programs. As we evolved into a broader nutrition-focused organization with an expanded scope, Nutrition International has included support for exclusive breastfeeding more explicitly as part of community-level infant and young child nutrition programming. This has more recently included an emphasis on timely initiation of breastfeeding as part of a package of interventions at birth.

So, for World Breastfeeding Week 2019, we explore the question – “why invest in breastfeeding”?

Breastfeeding is vital for children to reach their human capital potential since it affects all of its drivers: survival, health, and cognition. It helps prevent potentially deadly infections, increases intelligence, and likely reduces incidences of overweight and diabetes. For women, breastfeeding reduces the risk of breast cancer and possibly ovarian cancer as well as type 2 diabetes. The Lancet Series on Breastfeeding (2016) provided evidence for the health and nutrition benefits of breastfeeding for mothers.

However, only 41% of children 0-5 months of age around the world are exclusively breastfed. This is leading to health, human capital, and economic costs that could be prevented with higher adoption of breastfeeding practices.

If the economic cost of not breastfeeding is not compelling enough, the evidence of the impact on child health should motivate countries to take action. Nutrition International’s 10 core countries together experience more annual child deaths attributed to not breastfeeding (309,000) than the rest of the world’s 196 countries combined (285,000) (Figure 2). More details on these findings for all Nutrition International core countries can be found on the Alive and Thrive online tool or in the Cost of Not Breastfeeding study’s supplementary appendix.

Nutrition International is committed to protecting, promoting, and supporting optimal breastfeeding. In collaboration with the Global Breastfeeding Collective and through our programs, Nutrition International is investing in providing women and children with the best possible care. We aim to reach caregivers of over three million children by 2024 with nutrition counselling, starting during pregnancy, as an effective way of increasing optimal breastfeeding practices in our core countries. We will also advocate for policy and program support to create an enabling environment that protects and encourages maternity protection and paid leave and is supportive of optimal breastfeeding for newborns, infants and young children. Moreover, we will work to create and maintain community support structures for the breastfeeding mother and her supporters.

During World Breastfeeding Week, let’s encourage the global effort to increase investment in breastfeeding to help mothers and families/caregivers provide optimal care for their newborns and infants.