Iodine is an essential micronutrient for the human body, critical for physical and mental development. Despite this, iodine deficiency remains a global health concern. 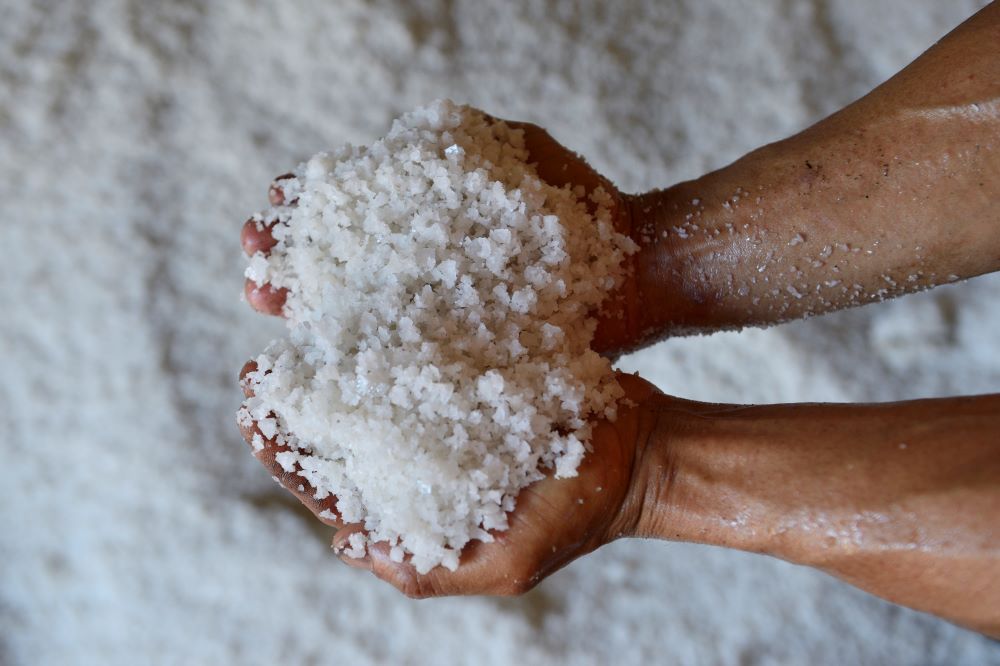 Iodine is an essential micronutrient for the human body, critical for physical and mental development. Despite this, iodine deficiency remains a global health concern, with consequences such as goitre, hypothyroidism and stunted growth. Many of these consequences are irreversible, but they can be prevented. Salt iodization is key to ensuring more people have access to the required amounts of iodine.

In Indonesia, like many parts of the world, iodine deficiency remains a public health challenge1. Nutrition International has been working with the Government of Indonesia since 2008 to establish and strengthen various aspects of the Universal Salt Iodization (USI) program. Nutrition International is the only development partner supporting the Government of Indonesia throughout the journey of salt iodization, from developing conducive policies to establishing and implementing a strong monitoring and enforcement framework.

The Government of Indonesia undertakes regular monitoring at the national, provincial, district and village levels to ensure that all salt produced and consumed in the country is adequately iodized. However, despite robust monitoring systems at the higher levels, the household coverage of iodized salt (>=15ppm) has been only 37.2%2. Non-iodized or inadequately iodized salt continues to enter the supply chain and is often sold on the open market. Once this non-iodized salt enters the market, there are buyers for it due to its lower price and easy availability.

At the national level, Nutrition International continued advocacy efforts to help improve enforcement and monitoring practices. However, monitoring at the provincial level was challenging. Many salt farmers followed the traditional garing garuk practice of harvesting and drying the salt on the same day, skipping the iodization process. To overcome this, Nutrition International and the Government established monitoring at the bottom of the pyramid, the village level. This was an essential step to ensure that all processors produce and sell only iodized salt.

Nutrition International piloted village-level monitoring with its innovative mini-labs: portable, easy-to-carry kits which provide quick semi-quantitative results on the presence or absence of iodine in salt. Nutrition International worked with Bappeda, the regional planning agency, and the village heads to build the capacity of village-level salt monitoring teams, training them to use the mini-labs. The teams started routine salt monitoring at village-level kiosks, at households and during monthly clinic sessions at the posyandu, or community health post.

Inadequately iodized salt was reported to the village head who took appropriate actions, ranging from posters about recognizing non-iodized salt to involving the local police administration to curb the sale of such salt. The defaulters at the provincial and village levels were referred to the provincial Bappeda, who then took due enforcement actions.

This pilot of the village-level monitoring method saw improved monitoring and enforcement of salt iodization. Observing the success of this approach, the Government of Indonesia invested in more mini-labs for 175 villages in Central Java and scaled it up to 80 villages in East Java and 20 villages in West Nusa Tenggara.

It is evident that the success of any salt iodization program lies in its strong monitoring and enforcement practices. As Indonesia marches towards universal salt iodization it must also educate its citizens about the importance of iodine. A pinch of iodized salt can bring a lifetime of good health for people today and the generations that follow.

Aarati Pillai is the Regional Program Officer for Food Fortification, Asia with a background in nutrition and has been working in this sector since 7 years.

Rozy A. Jafar is the Program Officer for Food Fortification, Indonesia and has worked with Nutrition International for the past 10 years.

Suvabrata Dey is the Regional Food Fortification Manager, Asia with a background in social work and has been in the development sector for more than a decade.