It’s time to prioritize nutrition as a basic human right

Our From-the-Experts blog reflects on World Food Day and highlights why a human rights based approach to nutrition is necessary. 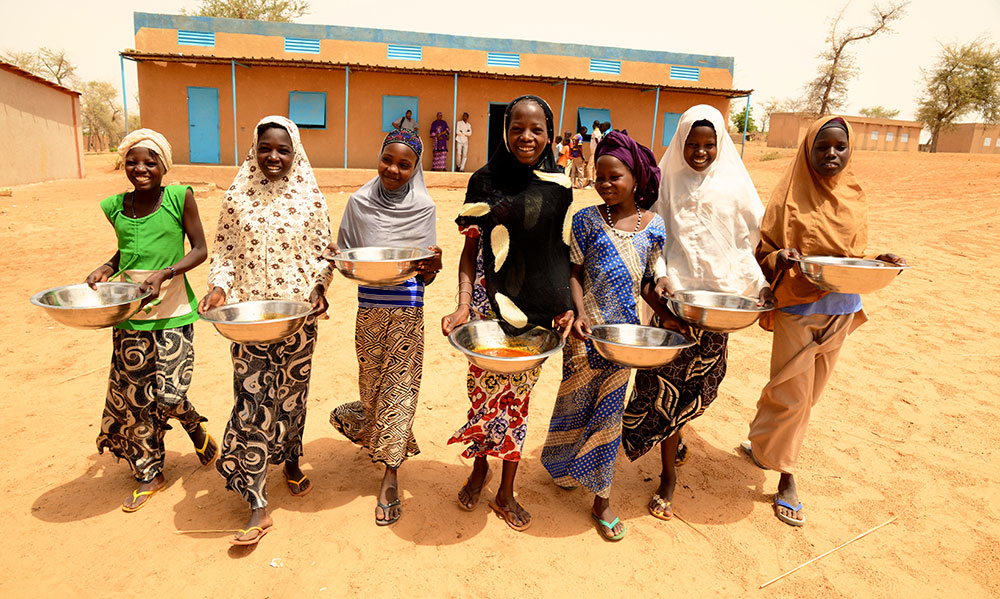 October 16 marks World Food Day – a day to reflect on the current state of food security and nutrition around the world.

Helping others, especially the most vulnerable, is a deep-rooted Canadian value. When it comes to advancing the rights of at-risk to basic nutrition for communities around the world, Canadians can be proud of our country’s longstanding leadership on this fundamental development issue.

Everyone should have access to the nutrition necessary to survive and thrive.

As with many development challenges, those who are most at-risk are also those most in need – primarily young children and women of reproductive age. Nutrition is an essential component of international development, underpinning success in education, poverty alleviation and the empowerment of women and girls.

Well-nourished girls are better able to go to school and get an education. Well-nourished women are more productive and engaged members of their communities, have stronger immune systems and have safer pregnancies and healthier children. By investing in nutrition, societies become more sustainable and equal – a point most starkly reflected by the fact that 12 of the 17 global Sustainable Development Goals world leaders have committed to achieving by 2030 are directly related to advancements in nutrition.

Worldwide, poor nutrition is an underlying cause of 45% of the under-five child mortality rate. Iron deficiency caused by malnutrition impairs the mental development of 40% of infants in the developing world.

Malnutrition is also a massive barrier to economic growth, resulting in losses of up to 11% of GNP across Africa and Asia. Health and opportunity costs associated with malnutrition result in losses of an estimated $3.5 trillion dollars from the global economy annually.

Yet the returns on investment in nutrition are impressive, with $16 generated from every one dollar invested in nutrition. So, investing in nutrition not only upholds fundamental human rights, it also makes sound economic sense.

The good news is many governments and multilateral actors are increasingly recognizing the fundamental importance of prioritizing nutrition.

Not only is adopting a rights-based approach to nutrition the ethical thing to do, but the direct impact on so many other indicators of development, peace and security are undeniable.

When populations are well-nourished and have reliable sources of food, conflict decreases, economies rise and extreme poverty is reduced.

Canada is a leading advocate and donor to global nutrition. Through the Government of Canada’s support, and working in collaboration with other partners and donors, the Micronutrient Initiative (MI) reaches 500 million people – mostly women and children – every year. MI’s vitamin A program alone has helped save the lives of an estimated four million children in developing countries since 1998.

Globally, there has been significant progress as well, with the 2016 Global Hunger Index showing hunger in developing countries has fallen by 29 percent since 2000.

Despite this progress, malnutrition remains one of the most persistent barriers to improved prosperity, growth and human development – with an estimated one billion women and girls remaining malnourished today.

Given the interconnected nature of malnutrition and poverty, prioritizing the right to nutrition has significant gendered implications. When food is limited, women and girls often eat last and least – compounding the negative and cyclical effects of poverty on development and women’s empowerment. As such, addressing malnutrition is essential to the Government of Canada’s objective of ensuring girls and young women have an equal start and a chance to achieve their full potential.

By recognizing nutrition as the fundamental human right that it is, and responding in kind through increased action and resources towards ending malnutrition, Canada will continue to be a world leader on this cornerstone issue of development.

If we ensure all individuals have the health and wellness to grow, learn, earn and lead, the entire world will be a more just and prosperous place.

As we begin the United Nation’s Decade of Action on Nutrition, world leaders must do more to increase action on nutrition. We have the capacity to create a world where malnutrition and food insecurity no longer exist.

With concerted action we can ensure meaningful progress towards the global goal of ending hunger and malnutrition by 2030.