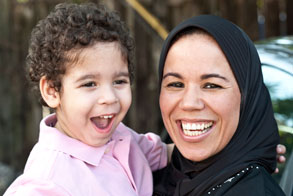 This 2012 meeting provided attendees with an excellent opportunity to review regional progress since the last meeting ten years previous, challenges and how best to implement new WHO recommendations for flour fortification.

Iron deficiency anaemia and iron deficiency in the region affect an estimated 136 million children and adults each year and result in nearly $2.2 billion in lost productivity annually. As many as 92,000 annual deaths in the region might be prevented by providing significant additional levels of folic acid.

Flour fortification with iron and folic acid provides a cost-effective way to help reduce these deficiencies and greatly improve health and productivity.

In 1998, MI initiated collaboration with the World Health Organization EMRO to accelerate the development of flour fortification programs in the region by creating a $3.5 million “MI Fund”.

Participants at the 2012 meeting reviewed existing regional flour fortification guidelines, considered strategies for harmonizing programs with WHO recommendations, and informed government policy-makers and millers about the new recommendations and their implications.

Attendees also outlined steps for national adaptation and adjustment of the WHO recommendations into their country fortification programs and identified national and regional approaches for improving programs.

WHO EMRO Regional Adviser, Nutrition Dr. Ayoub Al Jawaldeh said, “Although by 2002 MI was no longer actively funding EMRO, its earlier support was critical in energizing and even initiating flour fortification activities and programs in the region, some of which would never have developed otherwise.

Before MI supported this initiative, many government officials in countries in the region were not familiar with flour fortification or aware of its invaluable potential to reduce iron and folate deficiencies and greatly improve human health. MI worked with WHO and the UNICEF Regional Office and supported the EMRO member states in introducing the concept of flour fortification in the region.”

Nearly a decade later, it is significant that more than 15 countries in the Eastern Mediterranean Region now have ongoing flour fortification programs and millions of people have continuous access to fortified flour.

Impact studies in a subset of these regional countries have shown positive impacts on micronutrient status, demonstrating that MI’s support was not only catalytic, but effective in the long term.