From hopelessness to action in Ethiopia: the significance of the Seqota Declaration

With the Seqota Declaration, the Ethiopian government committed to ending childhood undernutrition by 2030. Adbulaziz Adish, who worked as a doctor in Ethiopia in the 1980s, is full of hope for the future of his country. 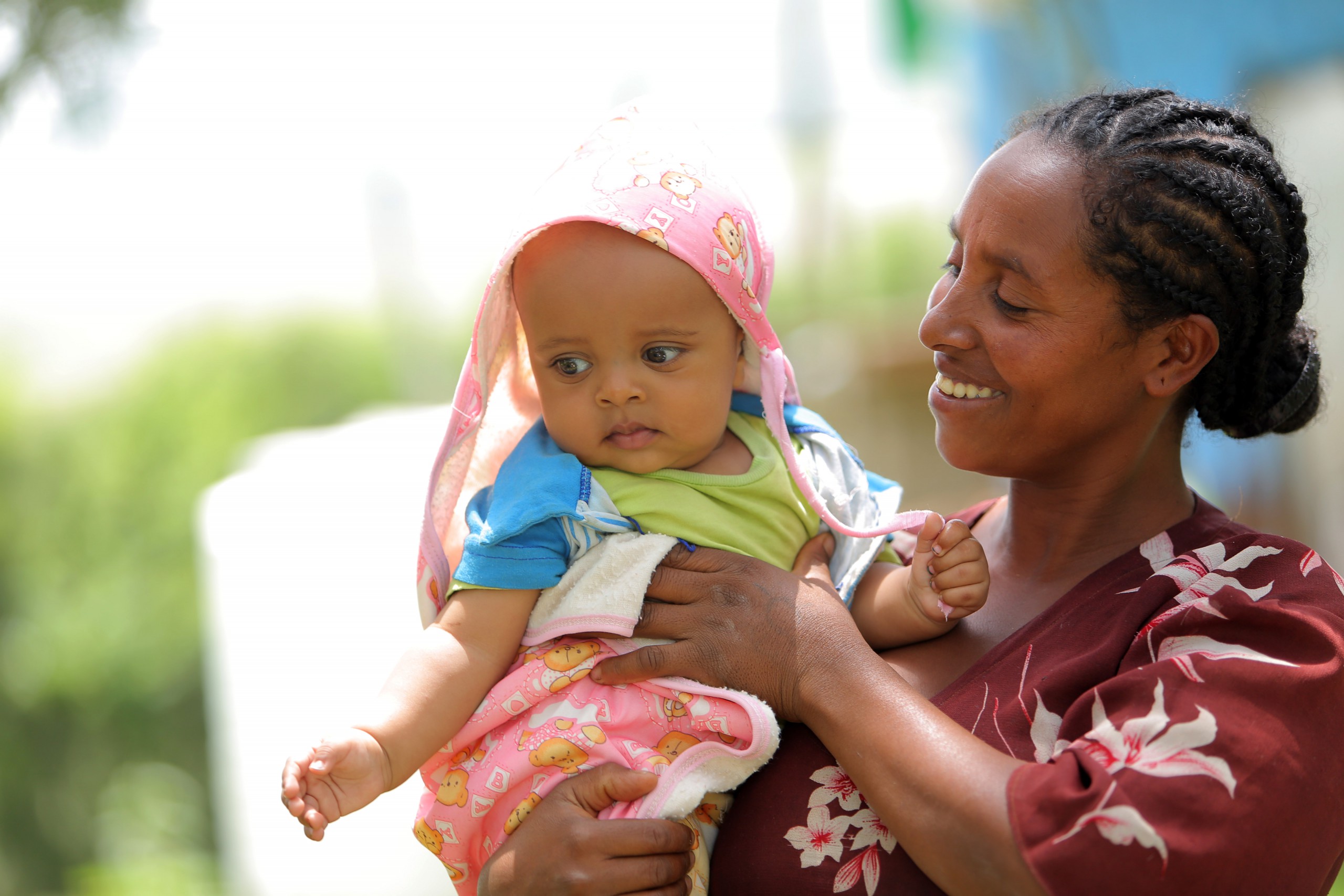 The famine in Ethiopia in the 1980s was a catastrophic disaster, as drought and political instability plunged the country into a dire food shortage that affected millions.

By 1983, approximately 7.8 million Ethiopians were struggling for survival, and an estimated 700,000 had perished.

Hundreds of thousands of people were starving by the time the horrifying images of emaciated children reached TV screens around the world and prompted international reaction.

As a recent graduated doctor working in Ethiopia at the peak of the famine, I witnessed the unprecedented death and human misery firsthand.

In 1983, I was assigned to the only hospital in the town of Axum, Tigray, one of the worst-affected drought areas.

I watched families bring their dying children for medical attention, but they were already so severely malnourished that it was too late for doctors to save them. To make matters worse, the hospital was so ill-equipped it didn’t even have a feeding program.

Out in the community, I saw families lose hope and helplessly watch their children die of starvation. I heard stories of fathers leaving their families in despair, simply walking away until they themselves succumbed to death.

In my one year experience in Axum, I witnessed such death and human misery that it is still engraved in my mind today.

I also saw efforts to stop the famine fail. The government resettled people outside the drought area with the notion they could start farming. But in most cases, the resettlement areas were remote with no infrastructure, and people weren’t given enough materials to make farming viable. Government rations weren’t enough to feed them.

At the epicenter of the disaster was a small town called Seqota, about 700 kilometers north of the capital, Addis Ababa. It was a place of perpetual drought and famine, and is symbolic to the shame the population of Ethiopia has carried for too long.

Despite this long history, Seqota has now been transformed into a symbol of hope.

In July, at the International Financing for Development Conference in Addis Ababa, the Ethiopian government unveiled the Seqota Declaration — named after the town — a commitment to do everything in its power to ensure such a disaster never happens again and will never again take a single Ethiopian child’s life. In it, the government promised to use all available resources to end childhood undernutrition by 2030.

It’s an enormous undertaking, but the Micronutrient Initiative (MI) is committed to helping Ethiopia make it happen.

MI has worked in Ethiopia for almost 20 years, helping to save lives and improve the health of millions of people through various interventions. We’ll scale up this work even further to assist Ethiopia in meeting the critical goals set out in the Seqota Declaration.

Since the famine more than 30 years ago, Ethiopia has made significant progress in fighting malnutrition, but there is still much to be done.

One of the most urgent problems is childhood stunting. A staggering 44 percent of children in the country suffer from stunted growth, with devastating physical and mental consequences. These children struggle to learn in school and then can’t get the jobs they need to lift themselves and their families out of poverty.

It’s a vicious cycle: Generation after generation, children are robbed of their potential because they can’t get access to good nutrition. Those lost futures take an enormous toll on the country’s economic well-being.

A study conducted by the government of Ethiopia showed that the country lost 16.5 percent of its gross domestic product in 2009. According to the World Bank, Ethiopia has continued to lose 2-3 percent of its GDP in the years since.

But the Seqota Declaration lays out a plan to stop the cycle of undernutrition by bringing together all areas of government ― a collaborative approach that can be a model for other countries.

Ethiopia recognizes that it must attack the problem on many fronts, including improving agriculture, food quality and micronutrient fortification. The plan pays particular attention to the importance of nutrition in pregnancy and in the first years of a child’s life.

It’s an enormous undertaking, but the Micronutrient Initiative (MI) is committed to helping Ethiopia make it happen.

As we celebrate World Food Day on Oct. 16, the spotlight will be on the importance of social protection in breaking the cycle of rural poverty.

In Ethiopia and around the world, addressing critical underlying factors like social protection ― but also others such as education and empowerment of women ― is key to eliminating undernutrition.

Those haunting memories from my days as a doctor in Ethiopia during the famine are forever engraved in my mind. But three decades later, the sense of hopelessness has been replaced by optimism for the future.

MI knows from experience that undernutrition is preventable, given the right tools, adequate resources and unwavering commitment. The Seqota Declaration sets the stage for all of these things to happen.

Ethiopia’s children are counting on us to make sure they do.

This piece was originally published on Devex.com on 10/16/15.