Iodization at large scale will reach millions but costs may be prohibitive for the poorest, increasing the inequity cycle. Small-scale salt producers can mitigate this and help us improving the health of vulnerable populations. 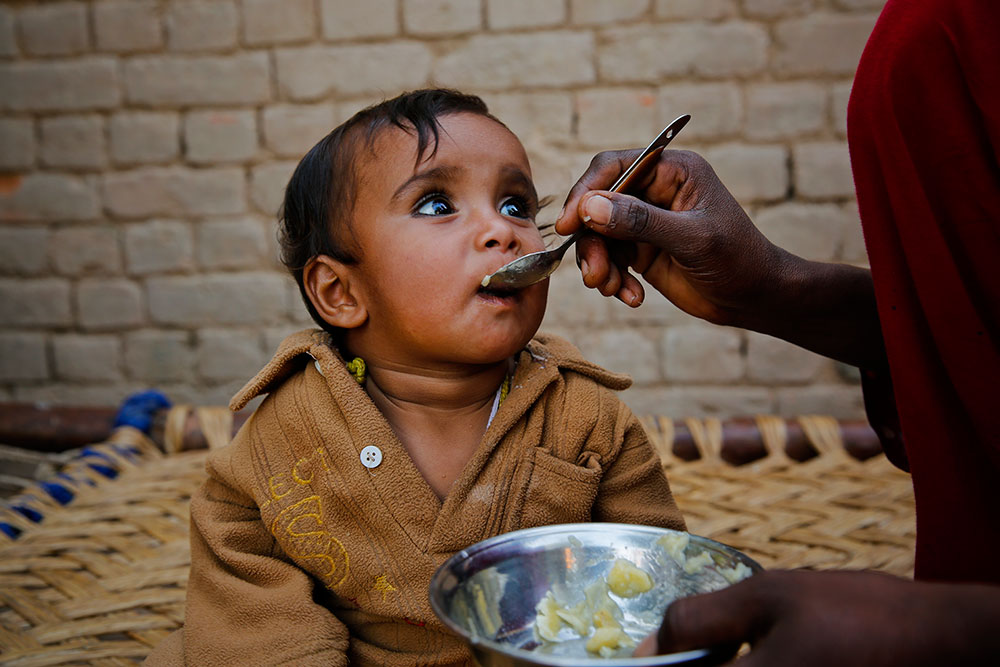 Attending the Global Summit on Food Fortification in Arusha, Tanzania to moderate a session on the opportunities and constraints to fortification of foods by small-scale producers, I think back several years ago to a UNICEF-organized advocacy workshop in Arusha for six countries failing to iodize salt to address iodine deficiency disorders (IDD).

I was then Regional Director-Africa for the Micronutrient Initiative, working to support one of these countries – Ethiopia – to increase the consumption of adequately iodized salt (which was at a very low level) to address IDD, a serious public health issue.

The issues around salt iodization to reduce IDD remain the same: we know the burden; we know the consequences of IDD and we know effective solutions. We have also gained experiences on different strategies to deliver solutions:

Issue: Around 38 million babies are born iodine deficient each year and 18 million are mentally impaired as a result, a staggering number that reduces the potential of the individual, mainly vulnerable populations, and impacts the country, this amount is associated with production losses worth 10% of GDP (Horton, 1999).

Solutions: Salt iodization. Iodization at large scale will reach millions but costs may be prohibitive for the poorest, increasing the inequity cycle. Small-scale salt producers in Africa and Asia can mitigate this, allowing them to play a key role in improving the health of vulnerable populations.

During that particular meeting, my colleague at MI, Dr. Abdulaziz Adish, reached out to the Ethiopian Embassy in Dakar and convinced the Ambassador of the importance of salt iodization to improve the health of Ethiopians. The Ambassador then reached out to the Ethiopian delegation at the UNICEF meeting and, as a champion, his advocacy was more effective than anything anyone had offered. The end of the call marked the start of a process whereby 54% of Ethiopian households now consume iodized salt compared with 5% at the time of the workshop, illustrating the impact of imaginative advocacy and how change is possible when government and private sector producers can commit to working together.

Despite the growing global awareness of IDD and the great global success of salt iodization, the world is still missing 30% of households.

Small-scale fortification could be the answer but challenges remain. These producers can be hard to reach and resistant to change. These are small businesses, producing poor quality salt for a meagre income and for them iodization is an added cost. Changing their behavior is challenging. The carrot of free provision of equipment and fortificant is one option but unsustainable; the stick – laws to ban production of un-iodized salt – is another, but difficulties in enforcing iodized salt legislation continue.

Opportunities remain to address the inequalities of access. MI’s work in Senegal is an example where we have helped to improve equity through small-scale salt producers and, in some cases, also increased women’s empowerment.

There are examples of quantum leaps that occurred in individual countries, such as Pakistan, where MI facilitated and supported a public-private partnership between the Government of Pakistan, small and medium scale salt producers and the World Food Programme to make a concerted effort to prevent IDD.

The lessons from this experience were shared at the #FutureFortified Summit by a salt producer from Pakistan, Munir Hussain and this success was congratulated by Dr Kebwe Stephene, Tanzania’s Deputy Minister of Health and Social Welfare, during our session.

Perhaps the ultimate solution to eliminating IDD through salt fortification will come through market forces, with progressive economic growth trickling down to allow poorer people sufficient income to buy adequately iodized salt; large companies will find ways to reach remote regions with affordable, even subsidized iodized salt, and small producers will become efficient or go out of business.

Perhaps governments will fully enforce laws banning un-iodized salt and complement private sector marketing with their own generic marketing so their populations are aware of IDD and demand adequately iodized salt.

But all this seems a long way off when, in a month countries will meet in New York to approve 17 new Sustainable Development Goals for the next 15 years.

As long as tackling undernutrion is factored into these discussions, there is hope that donor commitment to USI will continue, but even that is insufficient to eradicate IDD.

Real political commitment is needed, such as was provided in Pakistan, plus more innovative thinking, as applied previously by Abdulaziz in Arusha, so the last 30% of households, who represent the poorest and most vulnerable, can be protected.

I’ll be looking out for that at the Global Summit.