Since 2007, Nutrition International has been working closely with government agencies, partners, and key stakeholders in Nigeria to implement lifesaving and life-enhancing nutrition interventions. Vitamin A supplementation is one of these key interventions.

Vitamin A deficiency weakens the immune system and can have a devastating impact on young children. In addition to putting a child at greater risk of disease and early death, vitamin A deficiency is the leading cause of preventable blindness in children. Nutrition International, with funding from the Government of Canada, donates vitamin A capsules to all states in Nigeria through the United Nations Children’s Fund (UNICEF). But ensuring an adequate supply of vitamin A is only the first step. The country office works closely with government and local stakeholders to increase access and boost intake to address this micronutrient deficiency.

Leveraging national Maternal Newborn and Child Health (MNCH) weeks is a core strategy to this approach. Nutrition International provides programmatic support to the national government and seven states to sustainably improve access to sufficient high-quality vitamin A supplementation (VAS) services as well as to increase demand for, and use of, services provided.

“To provide a brief background, an evaluation of the MNCH weeks in 2016 revealed that one of the reasons for poor VAS coverage was low client turnout and low demand for VAS due to poor social and community mobilization during the MNCH week,” said Deborah Benneth, Nutrition International’s VAS program manager in Nigeria. “We saw the need to develop a VAS specific evidence-based Social Behaviour Change Communication (SBCC) strategy. From the process, we saw that health workers played a significant role in service delivery and communication.” 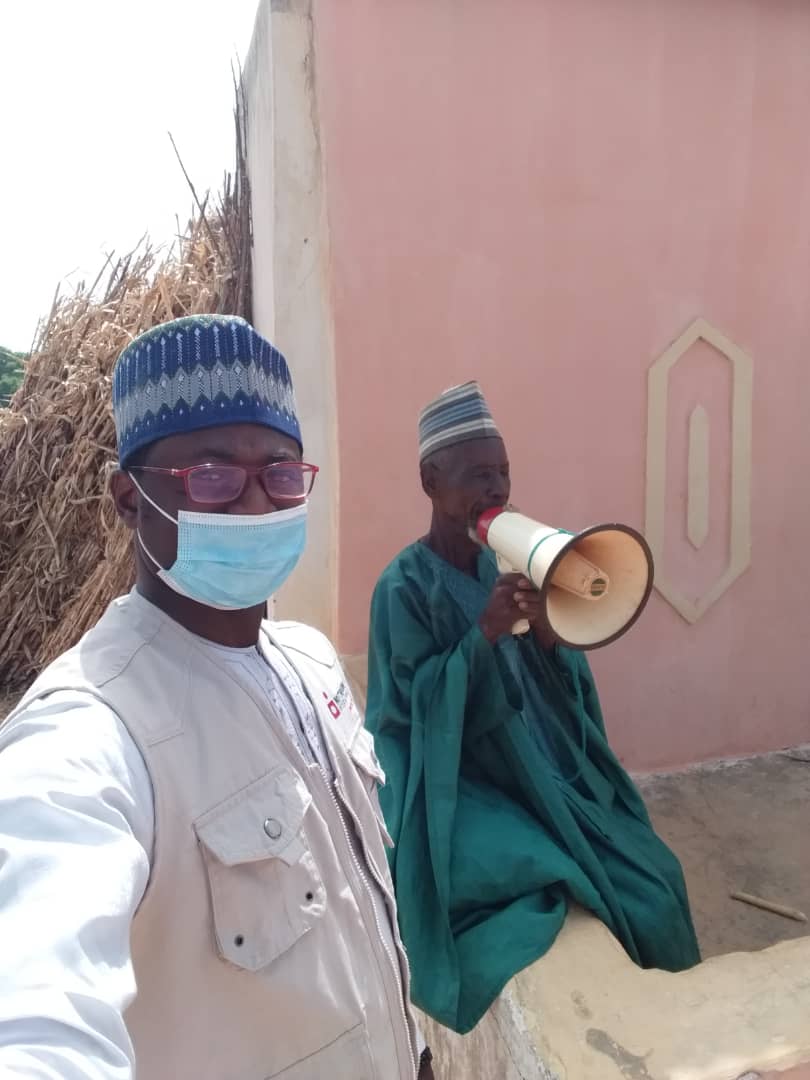 Between 2017 and 2020, Nutrition International developed and implemented a communications strategy targeted to improve vitamin A supplementation uptake, utilizing posters, radio jingles and job aids. In 2020, the strategy was adapted to the COVID-19 context and implemented in Kebbi and Katsina states.

“There were logistical issues with respect to vitamin A capsule distribution during the MNCH week, but with support from Nutrition International in the state, their officer provided technical support and guidance that addressed logistical bottlenecks in distribution,” said Maryam Aliu, a health worker from one of the primary health care facilities in Mashi Local Government Area (LGA) in Katsina state.

“The SBCC strategies, posters, radio jingles and jobs aids helped us a lot; the posters were colourful and attractive. Children and other people loved the pictures on the posters and many of them were attracted to them,” Aliu shared.

The results speak for themselves. Katsina State recorded an increase in VAS coverage from 18% in 2019 to 80% in December 2020, reaching about 1,303,997 eligible children. Dr. Nafisa Sanni, director for primary healthcare in Katsina, attributed the huge improvement in VAS coverage to Nutrition International’s support and physical presence in the state.

Radio jingles helped create awareness about the program to residents in villages, reaching an estimated 788,000 caregivers. Jingles were aired on key radio stations multiple times a day in the local language, providing essential information on the start and location of programs.

“With support from Nutrition International in the state, their officer provided technical support and guidance that addressed logistical bottlenecks in distribution.”

Over 2,800 job aids were distributed to health workers on how to tally vitamin A data and how to administer VAS in the context of COVID-19, providing helpful guidance to health workers. The communication materials were created in such a way to be useful during the pandemic and to remain relevant post-pandemic. “The job aids served as a reminder for me on how to administer vitamin A and how to fill the tally sheet after administration,” said Aliu. “As a health worker, I made use of the job aids provided and they helped my work in supplementing the children.”

The project also resolved challenges regarding the timely distribution of vitamin A capsules. NI field staff ensured availability and a steady supply by improving coordination and planning to all LGAs across the state.

Finally, independent monitors were engaged to provide supportive supervision. The range of financial and technical supports provided to Katsina enabled effective and efficient planning, implementation, and monitoring of VAS implementation through the MNCH week.