Exploring fortified lentils for better health and nutrition in Bangladesh

NI held a roundtable discussion on the topic of Making Fortified Lentils Accessible to Bangladesh Consumers in Dhaka. 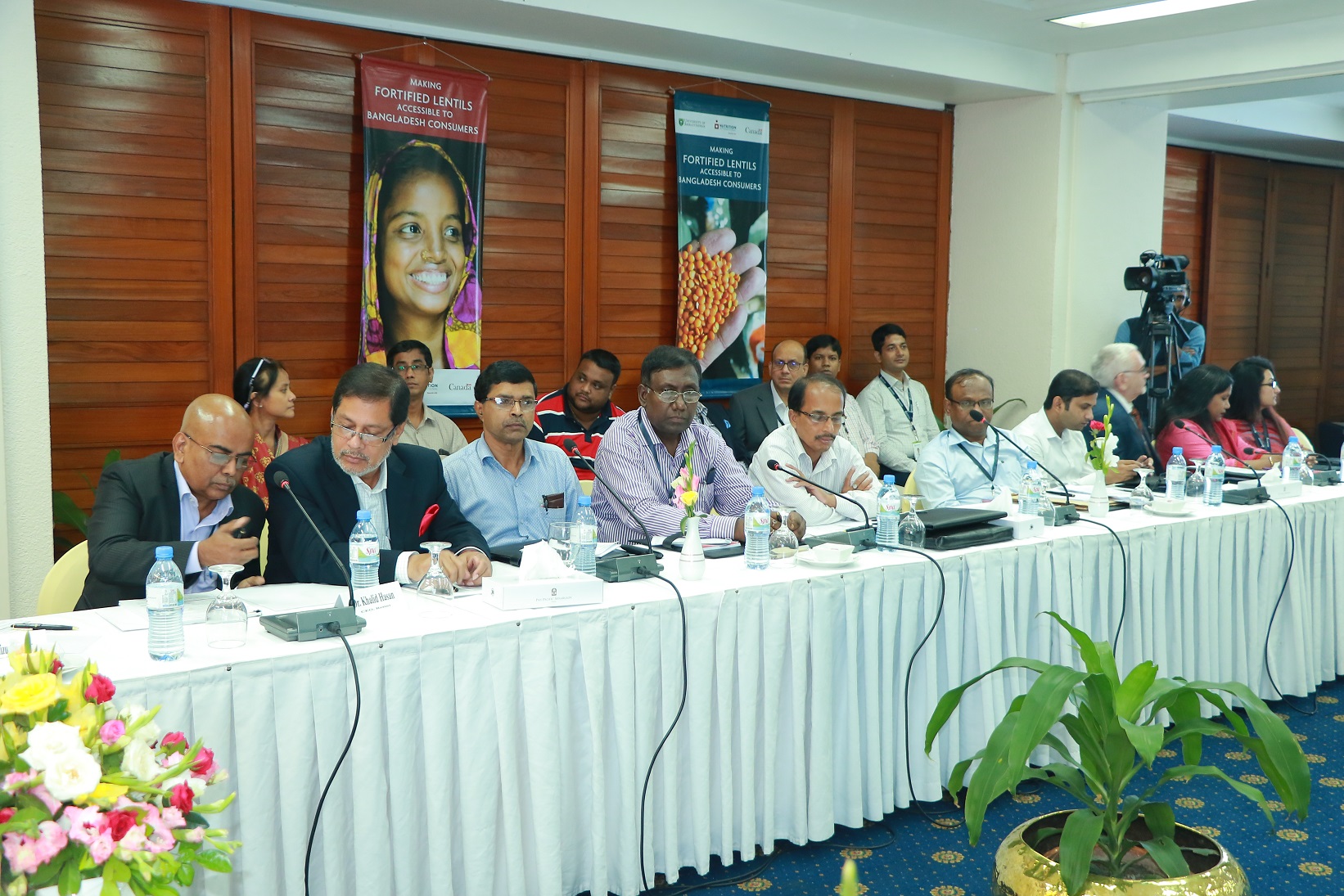 Attended by 45 representatives from government, private sector and civil society, the event was an opportunity to consult with key stakeholders to get their inputs and insights on how to reduce anaemia and improve the health of vulnerable populations through fortified lentils.

As part of its Nutrition Leverage and Influence for Transformation (NLIFT) initiative, NI has partnered with the University of Saskatchewan to generate additional evidence on the efficacy of iron-fortified lentils in improving the health and nutritional status of a sample group of adolescent girls in Mymensingh District. The research partners are BRAC, the International Centre for Diarrhoeal Disease Research, Bangladesh and Marywood University. It is hoped that the evidence on health benefits generated by this trial will facilitate acceptance of the fortified lentils ― and, ultimately, create a market for fortified lentils, expand its commercial application and facilitate global scale-up.

Speaking at the event, NI’s Vice President, Strategy and Growth Brian Harrigan reiterated the organization’s commitment to working with the Government of Bangladesh to strengthen its nutrition programs ― but also to collaborating closely with the various stakeholders involved in making fortified lentil accessible to Bangladesh consumers.

“We believe your guidance, input and advice are key to successfully bringing to market a product that has the potential to improve the health and well-being of millions of people in Bangladesh and around the world,” he told attendees.

Dr. Mustafizur Rahman, Assistant Director, Directorate General of Health Services and Program Manager, National Nutrition Services, Health, Institute of Public Health & Nutrition, Ministry of Health and Family Welfare, spoke about fortification as an effective strategy to reduce anaemia and other micronutrient deficiencies. Lentils make excellent fortification vehicles, he said, and they have many inherent health benefits: they are a good source of vegetable protein, have low fat content and contain natural selenium as well as multiple vitamins and minerals. In addition, they are already a widely consumed staple food in Bangladesh.