Reducing the Burden of Anemia and Neural Tube Defects in Low- and Middle-Income Countries: An Analysis to Identify Countries with an Immediate Potential to Benefit from Large-Scale Mandatory Fortification of Wheat Flour and Rice

The paper identifies 18 low- and middle-income countries with the highest and most immediate potential for large-scale wheat flour and/or rice fortification in terms of health and human capital impact and economic benefit. Adequately fortified staples, delivered at estimated coverage rates in these countries, have the potential to avert 72.1 million cases of anemia among non-pregnant women of reproductive age; 51,636 live births associated with folic acid-preventable NTDs (i.e., spina bifida, anencephaly); and 46,378 child deaths associated with NTDs annually. This equates to a 34% reduction in the number of cases of anemia and 38% reduction in the number of NTDs in the 18 countries identified. An estimated 5.4 million disability-adjusted life years (DALYs) could be averted annually, and an economic value of 31.8 billion United States dollars (USD) generated from 1 year of fortification at scale in women and children beneficiaries. 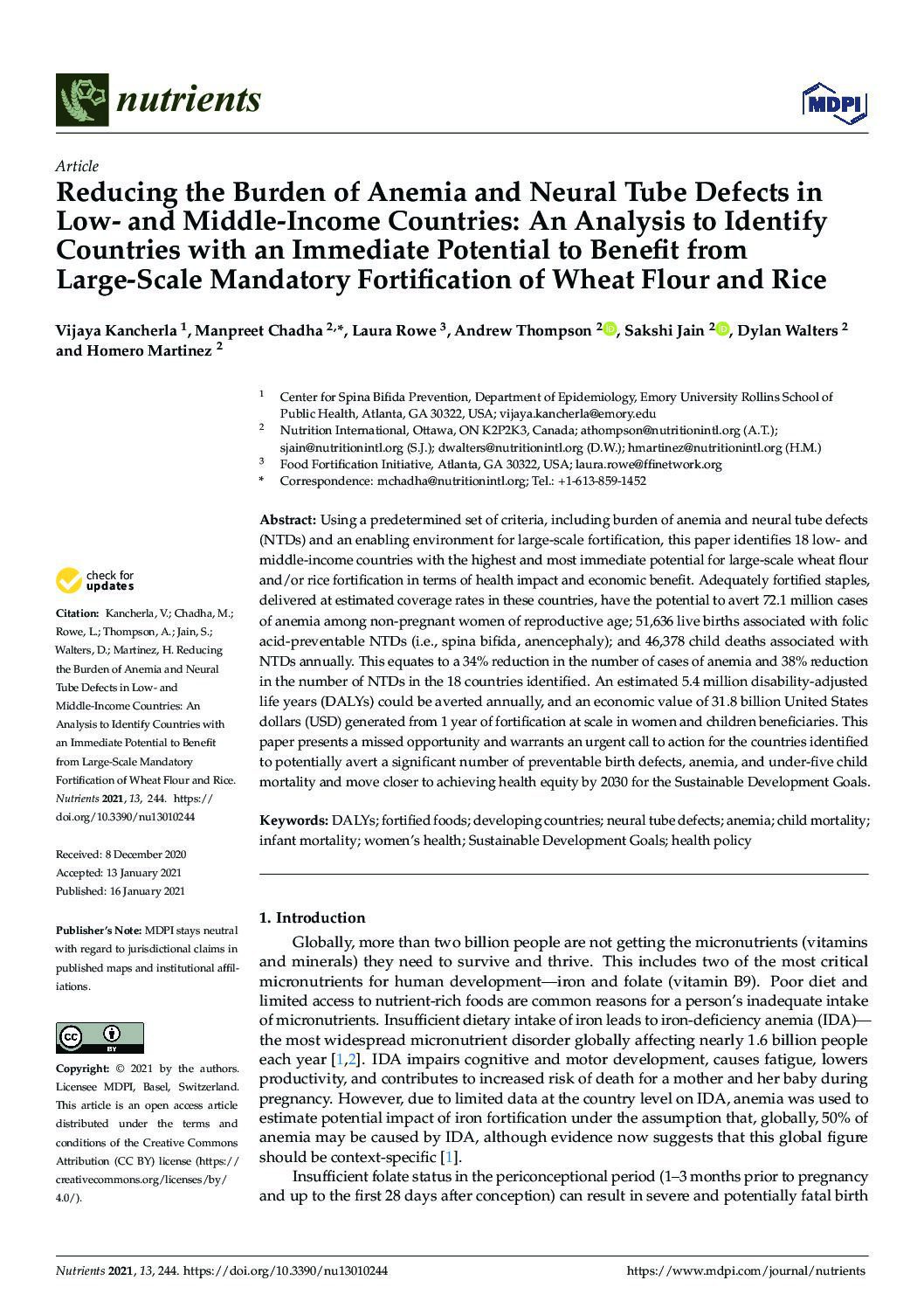 This technical report includes custom cost-effectiveness analyses of MMS for 12 LMIC. It also serves as an additional resource for countries considering MMS in the context of implementation research.

This report describes the research undertaken in 2016 to map nutrition related information systems in 57 SUN countries.