We speak with the Technical Director of the Balochistan Food Authority to get his take on the new mandatory food fortification legislation in the province.

In November 2021 the province of Balochistan became the second province in Pakistan, only after Sindh, to pass a pivotal food fortification law.

The Balochistan Food Fortification Act, 2021, mandates edible oil, salt, wheat flour and other food items to be fortified with essential micronutrients. This milestone demonstrates Pakistan’s continued commitment to fight malnutrition for its citizens.

Nutrition International has had a strategic partnership with Pakistan for more than 20 years. We’ve supported a multisectoral nutrition strategy that includes moving forward critical pieces of legislation within governing bodies, such as provincial food authorities.

Ghulam Murtaza Kalwar, Technical Director of the Balochistan Food Authority, knows first-hand what it took to get to this moment. We asked him to share his insight into the challenges and opportunities that lie ahead in the fight against micronutrient deficiencies in Balochistan.

First, many congratulations on the passing of the Balochistan Food Fortification Act, 2021. How do you perceive this momentous initiative?

The Government of Balochistan has always considered malnutrition a serious issue that needs to be addressed through both nutrition-sensitive and specific interventions. We are thankful for organizations like Nutrition International for standing shoulder to shoulder with the government and providing their support. We look forward to continued collaboration.

The first draft of the food fortification bill was created back in 2016 with technical support from Nutrition International and as a result of consultations with government and industry stakeholders. Since then, it went through revisions and the relevant procedural channels.

The legislation will play a vital role in strengthening and sustaining food fortification in Balochistan.

Pakistan suffers from a heavy burden of malnutrition, especially micronutrient deficiencies among women and children. How will this legislation impact malnutrition in Balochistan?

The National Nutrition Surveys (NNS) in 2011 and 2018 have time and again showed that Pakistan has a heavy malnutrition burden. Unfortunately, as Balochistan is a province enduring a high poverty rate, it is suffering the most.

The Provincial Nutrition Directorate, under the Department of Health, is doing its best to address the severe and moderate cases of malnutrition among its citizens through its own resources and with the help of development partners. However, there is a dire need for a sustainable, preventive and cost-effective solution. The government is convinced that food fortification, along with bio-fortification, are sustainable interventions. The legislation will support the development of rules and regulations for food fortification through which the fortification standards and quality assurance and control will be ensured. Requiring wheat flour, salt, and edible oils to be adequately fortified with micronutrients will help prevent deficiencies among the people of Balochistan, including at-risk population groups of women, adolescent girls and children.

What steps are you taking to ensure that mandatory food fortification can be implemented properly in the province?

We already have a dedicated team of food safety officers for this task. We appreciate Nutrition International’s support in providing the Balochistan Food Authority with the required qualitative and quantitative testing equipment. Nutrition International has already organized three comprehensive training sessions for our technical staff on wheat flour, edible oil fortification, salt iodization processes, equipment uses, and how to check for compliance to fortification standards.

Further support is always welcome. The Balochistan Food Authority has a fleet of mobile laboratories that are well equipped with required instruments and trained technical staff. Conventional and digital quality testing tools, such as BASF Kit, iCheck Chroma 3, and iCheck Iron, were also made possible through Nutrition International’s support. 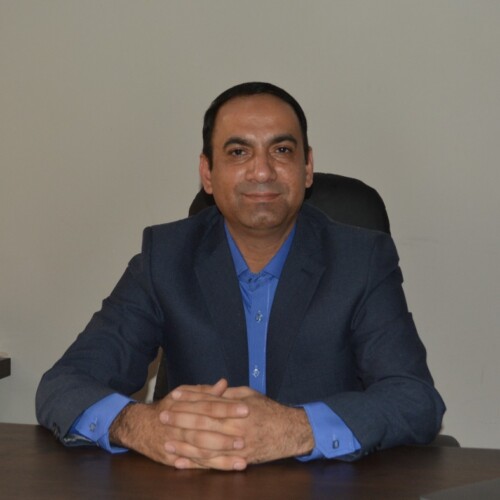 “We are thankful for organizations like Nutrition International for standing shoulder to shoulder with the government and providing their support.

What were some of the challenges in getting this bill passed and how were those challenges overcome?

Of course, there were several challenges, the biggest one being resistance from the industry. I believe that some of their concerns were genuine and justified. They were concerned about the cost of fortification and social stigmas that may be present in society against fortified food. The good thing is that their concerns were addressed at every level and the drafted bill was amended to reflect those changes.

The bureaucratic system was at times another challenge in itself. There are procedures which can take some time. We are thankful to the former Chief Minister of Balochistan, Mr. Jam Kamal, and the sitting Chief Minister, Mr. Quddus Bizenjo, for realizing the importance of this bill. It was due to their personal efforts and interests that the bill got through the cabinet and provincial assembly swiftly. I would also like to acknowledge the efforts of Nutrition International’s team in Balochistan, specifically Mr. Qavi Khan Achakzai, Mr. Syed Khalil Ahmed, and Mr. Ashraf Khan Kakar, for equipping us with ample knowledge about the importance and technical aspects of food fortification. This information helped us a lot during presentations to the ministers and secretaries at various levels of government.

What are some of the challenges you perceive in implementing mandatory food fortification in Balochistan? How will you overcome these challenges?

Balochistan is a province that imports more than 70 percent of its wheat flour from Sindh and Punjab provinces, and its edible oil from Sindh, Punjab, and Khyber Pukhtunkhwa provinces. It is a relatively small industry here with only four oil mills and about thirty functional flour mills. Compliance can be a challenge if the flour and oil coming from other provinces is not adequately fortified as this will discourage the local industry. The second issue is the increasing cost of wheat. Punjab’s flour is comparatively much cheaper than Balochistan’s locally produced wheat flour because Punjab gets cheaper wheat. The large consumers like Nan Bais (a commercial bread maker) and other key food industry players rarely use locally produced wheat flour or edible oil.

These challenges can be met in two ways. One of them is a border control mechanism through which wheat flour entering Balochistan is checked for adequate fortification. The other is supporting the Food Department’s efforts in making the locally produced wheat flour more affordable for commercial users. We are exploring both ways of addressing these challenges.

How do you see the initiative coming at a time of increased inflation in Pakistan?

“Requiring wheat flour, salt, and edible oils to be adequately fortified with micronutrients will help prevent deficiencies among the people of Balochistan.

High inflation is a global issue that the world is facing. Unfortunately, Pakistan is one of the nations hit hard by it. On top of this, some wheat flour producers are marketing fortified wheat flour as a premium product. I think this should not be encouraged and this product should be made available at subsidized rates to at-risk populations for the benefit of reaching them. A good initiative will be to integrate fortified foods into the government’s Ehsaas Program (a social protection program) to reach the most at-risk people with essential micronutrients. We must explore ways to make fortified foods more available and accessible to those who need it the most.

What was Nutrition International’s role in this mandatory food fortification law? How were they supportive?

Nutrition International has played a pivotal role in the mandatory food fortification law and its approval. They have been involved since 2016, when the first draft was written. Their staff and consultants guided the government on the technical and legal aspects of the bill. They also disseminated knowledge to government counterparts through regularly held informative sessions, consultation meetings and sought support from higher levels of government through effective coordination when the bill was stuck and needed a push. They have been very helpful throughout the process. I would say that Nutrition International has equal credit in this success.

It has been a wonderful opportunity and is certainly growing as we are moving forward together. Food fortification was and still is a new concept for Pakistan. We, in the government, needed expert technical knowledge on the subject, especially when the bill was in its critical nascent stages. Nutrition International’s qualified staff provided us with the required technical knowledge, introduced and donated smart quality assurance and control equipment, organized trainings, and provided technical support for drafting, amending, and translating the bill when needed. Recently, we were informed that Nutrition International is arranging a CDR food lab for the Balochistan Food Authority. This is a smart and efficient electronic machine designed to test various aspects of edible oil quality. Such support and interventions are always welcome. We are definitely looking forward to this continued partnership in the future to achieve common goals, including protecting and improving the health and nutritional status of our nation.